The Coronation of Poppea [Milan 2015]

The Coronation of Poppea [L'Incoronazione di Poppea]
Opera by Claudio Monteverdi, with a libretto by Giovanni Francesco Busenello
Premiered on June 14, 2014 at the Palais Garnier of the National Opera, Paris, France
Premiered on February 1, 2015 at the Teatro alla Scala, Milan, Italy
Sung in Italian.

With Poppea, Robert Wilson concluded a trilogy of Monteverdi operas, consisting of Orpheus (2009) and The Return of Ulisses to his Homeland (2011), all of which were coproductions of the Teatro alla Scala, Milan, Italy, with the National Opera, Paris, France.

“Neither Fortune nor Virtue can vie with Love who, with a mere wave of the hand, can transform the world: such is the message conveyed by The Coronation of Poppea, Monteverdi’s last masterpiece. Thirty five years had passed since his Orfeo, which had opened the era of the ‘favola in musica.’ In the City of the Doges, riven by vice in Rome’s eyes, the composer wrote his opera about desire and seduction in which Poppea’s beauty bewitches Nero and provokes the death of Seneca, the banishment of Othon and the repudiation of Octavia. One by one, the pillars of morality crumble before we can bond with any of the characters, leaving us with the exquisitely delightful music. In the twilight of his life, Monteverdi invites us into a sensorial world where ‘the voice becomes a kiss before turning into profound utterance’ (Starobinski). ”
— Paris National Opera
Read More
Powered by SmugMug Owner Log In 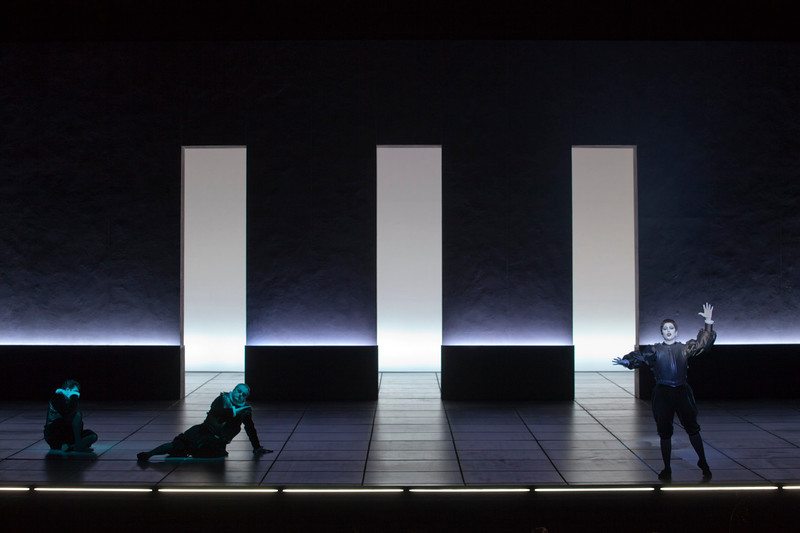